As the information age progresses we’re all becoming more connected, more of the time.

Social media allows us to update friends and family on what’s happening in our lives. Smartphone apps trade off our privacy for functionality. Health/fitness trackers create a stream of data about us that we access in order to improve/maintain our health.

These things make modern life very convenient for us.

But according to Vaughan-based family lawyer Paul Mazzeo, it’s also convenient for people who need to collect proof of our activities – such as family lawyers.

When we sign up to social media we’re essentially giving the entire world access into our activities and habits. While this obviously includes things like ‘targeted adverts’, it also means that we might accidentally reveal things about ourselves that we hadn’t actually meant to.

“From a family law context, anything people post on social media and any other public forum is fair game to use as evidence,” says Mazzeo, principal and founder of Mazzeo Law.

This isn’t conjecture or social theory on his part: He’s speaking from experience.

He remembers being involved in a child support case in which a woman claimed she was “next to poverty, and was in desperate need of financial support from her former spouse.

“But her Facebook revealed she was taking four or five vacations a year and was buying Jimmy Choo shoes,” he recalls.

“It’s almost as if people can’t help posting these things. Even when it was revealed in court that we were using this evidence, she continued to post online.”

It’s an interesting question. Why would she keep posting things if she knew it was going to get her in trouble?

If we’re addicted to our social media accounts, that creates trouble for us because it creates proof for others.

“If people are posting things in any kind of public domain, I would have no issue with using it as evidence,” Mazzeo says. “You’re putting it out there in the world so you’ve got to be prepared for all the repercussions.”

Honesty, believe it or not, is still the best policy.

“Be very cognizant with what you’re putting out there,” says Mazzeo. “Because anyone can reasonably expect it could come up in court. You have to be prepared for the other side of the coin.” 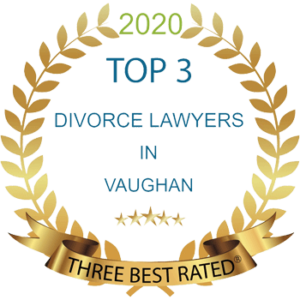